3. Splicing of broken mirror. It's a good idea to combine several damaged ancient bronze mirrors into a perfect bronze mirror. Although they are common with real wares in terms of texture and rust, they are assembled goods after all. Due to the different preservation environment, several different damaged bronze mirrors must have one or other differences in shape, decoration, rust color, texture and other aspects, as well as welding traces.

4. Change the big into the small, and change the residual into the whole. If the original mirror is damaged or for other reasons, the forger will change it into a perfect small mirror. Or remove the edge, or take the inner area, or take the button seat part. No matter which method is used, there are sawmarks or Stubbles on the edge, without the feature of round edge of the real mirror. Even if the fake ground or rust is made, it is different from the real mirror, and the thickness of the edge is also different. 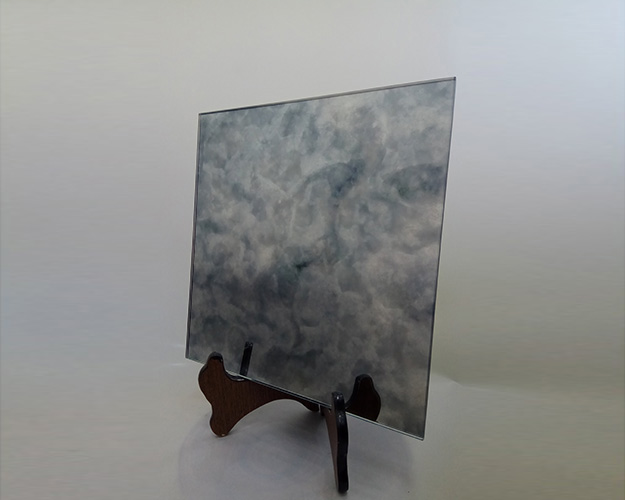 8. Back button. The original mirror had no buttons, or the buttons were damaged. The forger added a button in the center of the mirror back, or cast or install a button on it because of the button's defect to make the original button higher. In this way, carefully observe that the rust around the button and the ground are different from other places, and pick them with a knife gently together to see the welding traces.

11. Antique mirror with black paint on the back. Now the forgers are not only highly skilled, but also have advanced and high-grade materials for making mirrors. Some antique bronze mirrors are made in black and shiny, and the patterns are clear and neat, and the shape of the mirror is right. But the mirror body is heavy. It's made of black lacquer. After repeated scrubbing, it can be exposed

Son. The black lacquer on the edge can be cut off with fingernails. This kind of mirror is a kind of bronze mirror which is made of silica gel and directly turned over from the grape mirror of auspicious beast in Tang Dynasty. The clarity of the pattern is higher than that of the plaster mold.

In a word, no matter what kind of imitation mirror, it has the characteristics of imitation era. Only by careful identification and analysis, we can find out the flaws.

Previous:How to distinguish the true and false bronze mirrors

Next:What are the methods of making antique mirror